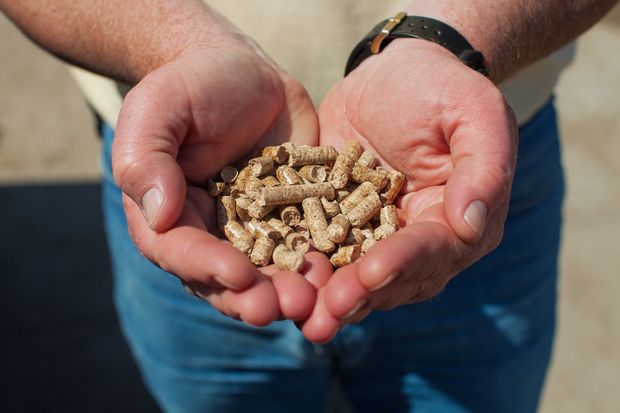 Global imports of wood pellets have jumped in recent years as governments push to reduce reliance on fossil fuels.

The wood-pellet business is thriving based on the argument that trees are a clean-energy alternative to coal, but the science behind it is facing challenges from researchers who say cutting and burning trees takes a heavy environmental toll.

Global imports of wood pellets have jumped in recent years as governments push to reduce reliance on fossil fuels to generate electricity. The growth has been focused in Europe, where many utilities receive incentives for using power sources the European Union deems carbon neutral. Those sources currently include solar, wind and wood.

U.S. companies such as Enviva Partners LP have capitalized on the demand. The Maryland-based firm, which manufactures millions of tons of pellets from southeastern U.S. forests for overseas customers, earlier this year surpassed $1 billion in market value.

A lawsuit filed with Europe’s General Court in March charged that the EU policy will increase greenhouse-gas emissions and damage forests, one of the world’s largest natural absorbers of carbon. The lawsuit was filed by a group of scholars, advocacy organizations and European and U.S. landowners who want the EU to make the burning of forest wood ineligible for member states’ renewable-energy targets and subsidies.

The EU consumed an estimated 27.4 million metric tons of wood pellets last year, 25% more than in 2016 and around three quarters of global demand, according to the U.S. Department of Agriculture’s Foreign Agricultural Service. Global imports of wood pellets, which exclude domestic production, have nearly doubled since 2013, according to FutureMetrics LLC, consulting firm.

The argument against burning forest wood has the backing of some high-profile scientists.

“The irony is, burning gas would release far less carbon-dioxide than burning wood,” said Bill Moomaw, co-author of five reports for the United Nations Intergovernmental Panel on Climate Change, one of which helped earn the IPCC a Nobel Peace Prize in 2007.

“People get trapped in the argument, ‘We’ve got to stop burning fossil fuels,’ and they forget the argument is that we’ve got to reduce carbon emissions,” said Mr. Moomaw, who isn’t involved in the EU suit.

At the heart of the debate is how the environmental impact of burning wood pellets is measured. Under its current standards for renewable energy, the EU only measures emissions from producing wood pellets and transferring them to European plants.